Nowadays, VPNs have become essential for browsing and exchanging data. VPNs provide safety in data transmission on untrusted networks by establishing encrypted connections. It should be noted that all VPNs are built uniquely with a different set of protocols and standards optimized for specific tasks. Speeds, capabilities, vulnerabilities, and security can vary depending on the VPN protocol used.

So, what is a VPN protocol? A VPN protocol handles instructions regarding the way a connection is established and how the data is packaged and sent between your device and the VPN server. In other words, it consists of encryption standards and transmission protocols. VPN protocols are the assets that establish tunnels for data to be exchanged securely. Encryption and verification are also needed when it comes to ensuring security for exchanging data and information.

Wireguard is the latest open-source VPN protocol and uses a simpler and smaller codebase than the others. With this streamlined codebase, the attack surface is minimized, and the maintenance is improved. By using intelligent cryptographic primitives and symmetric encryption, Wireguard ensures a secure connection. The covered encryption primitives and types are a lot wider. Also, It is a very agile and fast VPN protocol with its codebase and encryption primitives. Even when the IP address of the client switches, the connection and reconnection are ensured fast. In addition, Wireguard is quite easy to set up. A simpler codebase and setup allow for fewer misconfigurations as well. Overall, the Wireguard protocol offers faster connection, agile roaming, secure tunneling, and simpler configuration with easy setup. Keep in mind that it is in an early development cycle, doesn’t offer obfuscation tunnels, and works with extra software – some Linux distributions are an exception.

IKEv2 tunneling protocol manages request and response action by using Diffie-Hellman key exchange for the latter and X.509 public key infrastructure certificate for authentication. IKEv2 utilizes UDP, so it has low latency and is fast. As it can maintain connection along with its auto-connect feature, it is one of the best alternatives for portable devices. So, temporary connection losses and IP changes aren’t an issue for the IKEv2 protocol. Also, Internet Key Exchange version 2 has low data traffic overhead, uses secure ciphers, and it is highly adaptable to network changes. Unfortunately, it has been found that the NSA is exploiting IKE. So, available open-source implementations should be used for a secure protocol.

Secure Socket Tunneling Protocol is also amongst the most commonly used VPN protocols. SSTP is developed by Microsoft. So it is fully integrated into all Microsoft operating systems. SSTP employs a 2048 bit SSL/TLS certificate and 256-bit SSL keys for authentication and encryption. Also, it provides key negotiation and traffic integrity checking. In SSTP, the connection is always considered as HTTPS with port 443, allowing for bypassing geo-blocking and censorship. One of the drawbacks is that the setup is complex on Linux and macOS.

Layer 2 Tunnel Protocol generates a secure tunnel between connection points. It doesn’t have data encryption, so L2TP is often paired with IPsec 256-bit AES variant for encryption. L2TP can bypass internet service provider restrictions and network limitations. The complexity of the structure reduces the VPN speeds. Another drawback is that it might be easily blocked by some firewalls because of single port UDP reliance.

This protocol is highly compatible since it can use port 443, which HTTPS also uses. So, it is an excellent option for bypassing network limitations and firewalls. Since it has a complex database, bandwidth consumption is quite high. So, OpenVPN has slow speeds when it comes to bandwidth-heavy activities. Also, it is thoroughly tested with many customization options available. Overall, it is mostly used for transferring sensitive and classified information. Especially in high-censorship countries, it is used for accessing restricted content.

VPN protocols come with various optimizations. In 2022, the most commonly used VPN protocols are Wireguard, IKEv2, SSTP, L2TP, and OpenVPN. Each has its advantages and disadvantages. Overall, it is essential to choose a VPN with the best set of protocols and standards to ensure the security of your connection tailored to specific activities. 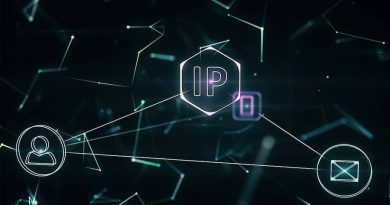 The Most Effective Way to Hide Your IP Address