The question of how long after an abortion it is possible to become pregnant again worries many women. It doesn’t matter if the interruption was artificial or spontaneous – someone is worried about the safety of sex, while others are trying to resume attempts to conceive a child as soon as possible.

Unfortunately, the doctor does not always provide the patient with comprehensive information regarding the recommended methods of protection and possible complications. Let’s try to figure out these intricacies on our own.

It must be remembered that the first day of abortion is the first day of the menstrual cycle. It doesn’t matter if everything happened naturally or there was medical intervention. Therefore (remember the features of female physiology), ovulation can happen in two weeks, and in the case of unprotected intercourse, a new pregnancy will occur.

Doctors emphasize that sex should be resumed after a miscarriage or abortion no earlier than after the end of the discharge (at least 10 days). This is a short time, and it is not worth reducing it – there is an extremely high probability of bringing an infection into the uterine cavity that can provoke an inflammatory process. Such complications are treated quite difficult and long-term.

In addition, it is strictly forbidden to have sex without using contraceptives – of course, you can get pregnant almost immediately, but the mother’s body must rest and recover from the stress experienced, because a hormonal failure has occurred, the consequences of which will still be felt for some time. You can resume attempts to get pregnant no earlier than three months later.

What methods of protection are optimal in this situation? Oral contraceptives are most often recommended by gynecologists (of course, in the absence of contraindications).

You can start taking the drug on the day of the abortion, and if you follow the instructions and do not forget about the next pill, pregnancy will not occur.

For 12-14 days, the effect will be sufficiently persistent, which will allow to resume sexual intercourse. Such pills turn off the work of the ovaries, and ovulation does not occur.

If taking birth control pills is contraindicated, you can use condoms or put an intrauterine device.

Women who want to have a child should remember that in the absence of health problems, it is possible to become pregnant quickly enough – after all, chromosomal pathologies of embryo development are the cause of most spontaneous abortions in the early stages. In any case, it is better to postpone conception for three to four months.

Taking combined oral contraceptives during this period will give the ovaries the opportunity to rest, and after the drug is discontinued, they will begin to work harder, which increases the likelihood of pregnancy.

Let’s try to find out how a subsequent pregnancy can proceed after a medical or spontaneous abortion.

As you know, instrumental abortion is most often a conscious choice of a woman who is not yet ready for motherhood. In addition, various diseases – disorders of the nervous system, diseases of internal organs, oncology – can become an indication for interruption. The operation, to one degree or another, affects the reproductive health of a woman.

Despite its apparent simplicity, abortion is a very complex intervention – it involves the simultaneous scraping of the walls of the uterus and removal of the ovum. The specialist who performs the interruptions must be extremely careful, as one wrong movement can damage the functional layer of the uterus, which will lead to infertility.

In addition, inflammation is a fairly common complication after abortion, which makes it difficult for the onset of subsequent pregnancy. In the event that the cervix is ​​injured, it does not exclude the manifestation of cervical insufficiency – a condition in which the cervix does not perform a restraining function.

Such inferiority causes interruption at 16-18 weeks, accompanied by bloody discharge and cramping pains. At risk are women whose first pregnancy ends in a medical abortion – the cervical canal in this case is very narrow, and it is easy to damage it with an instrument.

Often the cause of miscarriages after an abortion is a violation of hormonal regulation. Interruption changes the way the system works, which is designed to provide reliable protection and healthy development for the child. The coordinated work of the endocrine organs returns to normal for a long time, and the subsequent pregnancy may not receive full-fledged hormonal support. So, a lack of progesterone in the first trimester can cause interruption.

Defects in the formation of the placenta can cause an insufficient supply of nutrients and oxygen to the fetus, which leads to various disorders and developmental delay.

One of the most serious complications after an abortion is rupture of the uterus. Its cause is the thinning of the walls with a medical instrument. In this case, an operation will be required to restore the integrity of the organ, however, the formed scar may disperse during the subsequent pregnancy or childbirth.

When planning a pregnancy, in no case be silent about the presence of abortions, so full awareness of the doctor will help to take the necessary measures in a timely manner.

Women who have had a spontaneous abortion (miscarriage) face slightly different problems.

So, the cause of miscarriage is most often:

This informational article is not intended to be medical or diagnostic advice.
At the first sign of disease, consult a doctor.
Do not self-medicate! 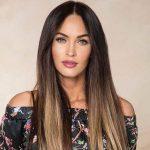 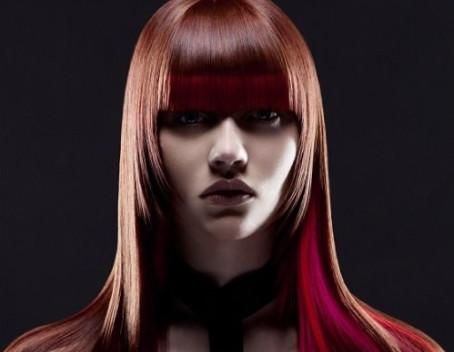