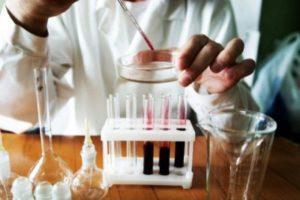 The presence of a negative Rh factor in the expectant mother can become a serious problem if the future dad is Rh positive: the child can inherit the father’s Rh factor, and the possible result of such an inheritance is the Rh conflict, which is potentially dangerous for the baby and mother. The production of antibodies begins in the mother’s body by the middle of the 1st trimester, it is during this period that the manifestation of the Rh-conflict is possible.

How are Rh-negative mothers diagnosed, and is it possible to treat Rh-conflict in the process of carrying a baby?

Diagnostics of the Rh-conflict during pregnancy – when and how are tests for titers and classes of antibodies taken?

The doctor learns about the amount of antibodies in mother’s blood using tests called “titers.” The test indicators demonstrate whether there have been “meetings” of the mother’s body with “foreign bodies”, for which the body of the Rh-negative mother also accepts the Rh-positive fetus.

Also, this test is necessary to assess the severity of the development of hemolytic disease of the fetus, if it occurs.

Determination of titers is carried out through a blood test, which is taken without any special preparation of a woman, on an empty stomach.

Also, the diagnostics may include the following methods:

It is worth noting that procedures such as cordocentesis and amniocentesis by themselves can lead to an increase in antibody titers.

When is antibody testing done?

Experts consider the norm in “conflict” pregnancy titer up to 1: 4…

The critical indicators include credits 1:64 and up…

If, before the 28th week, antibodies were not detected in the mother’s body at all, or in a value not exceeding 1: 4, then the risk of developing a Rh-conflict does not disappear – antibodies can manifest themselves later, and in rather large quantities.

Therefore, even with a minimal risk of Rh-conflict, specialists are reinsured and, for preventive purposes, inject the expectant mother at the 28th week of pregnancy anti-rhesus immunoglobulin Dso that the female body stops producing antibodies that can destroy the baby’s blood cells.

The vaccine is considered safe and harmless to mom and baby.

Re-injection is done after childbirth in order to avoid complications in subsequent pregnancies.

Usually, Rh-negative mothers from a high risk group (approx. – with high antibody rates, if a titer is detected at an early stage, in the presence of the first pregnancy with Rh-conflict) are observed in the JC only until the 20th week, after which they are sent to the hospital for treatment.

Despite the abundance of modern methods of protecting the fetus from mother’s antibodies, delivery remains the most effective.

As for intrauterine blood transfusion, it is carried out in 2 ways:

Prevention of Rh-conflict between mother and fetus – how to avoid Rh-conflict?

Nowadays, anti-Rh immunoglobulin D is used for the prevention of Rh-conflict, which exists under various names and is known for its effectiveness.

Preventive actions are carried out for a period of 28 weeks in the absence of antibodies in mother’s blood, given that the risk of contact of her antibodies with the baby’s erythrocytes increases during this period.

In case of bleeding during pregnancy, using methods such as cordo- or amniocentesis, the administration of immunoglobulin is repeated to avoid Rh-sensitization during subsequent pregnancy.

Prevention by this method is carried out, regardless of the outcome of pregnancy. Moreover, the dose of the drug is calculated in accordance with the blood loss.

Bologny.ru warns that this article will in no way replace the relationship between doctor and patient. It is for informational purposes only and is not intended as a guide for self-medication or diagnosis.