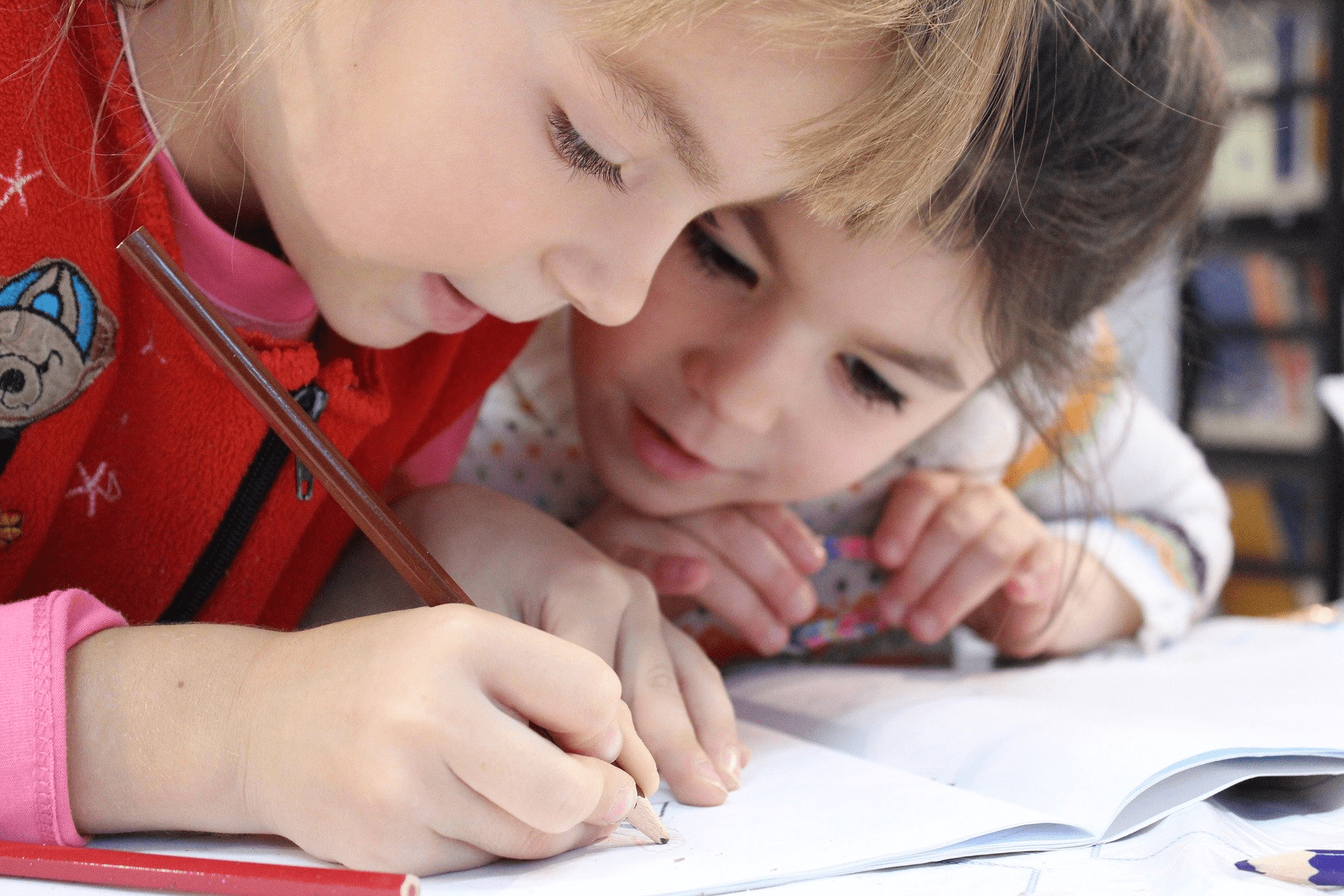 Every parent dreams that his child will become a celebrity, live a good, wealthy life, be a support and pride.

Have you ever thought about the mission with which your child actually comes to this earth? Maybe he wants to become a defender of the sick and disadvantaged, and you keep repeating to him from morning to evening that he must become a musician and make him play hated scales for several hours.

Or maybe you are giving him to big sports in the hope that he will glorify himself and his country, but he has neither health nor talents for this. Sometimes, for selfish reasons, we want to realize our own unfulfilled dreams in our children.

And you just need to know if he has signs, the so-called Wunderkind Codes.

Take our test: What kind of mother are you for your children?

How to calculate the Destiny Code of a child

At the beginning of life, 2 Codes are very important: the Birth Code (only the birthday itself) and the main Destiny Code.

It determines the character of the child, patterns of behavior, talents, prospective professions and health.

If the birthday is less than 22, then it is recorded that way. And if it is more than 22, then the number 22 is subtracted from this number.

For example, a child was born on the 27th, which means that his Birth Code will be:

It can be used to determine the main goal in life (mission). It affects the whole life.

How can it be calculated?

The number turned out to be more than 22, we will subtract the number 22 from 40.

These are just a few Codes that you can calculate yourself. However, they do not give a complete picture and do not reveal the subtleties. Therefore, if you want to know more about your child, a numerologist’s consultation will help you.

I really love research and have looked at a lot of dates for famous children of geeks for some time. And she deduced for herself a certain pattern, a formula.

You might be interested in: What if parents and grandmother have different views on education – the answer of a psychologist

Some Codes Associated with the Child’s Gift

Extraordinary ability in the exact sciences. This is generally a very strong Talent Code. In the future, good businessmen, IT specialists. It is very important for these children to dream as they have strong thought powers. You cannot develop an inferiority complex in them: believing in their failure, they can ruin their lives and will not become child prodigies.

Very gifted and smart children beyond their years, reveal their talents and abilities very early. They can be successful in any direction. Many such people go into spirituality, including the clergy. They grow up to be very kind children and love to help everyone. It is very important for them to have a good education.

Wise beyond their years. They, like old people who have lived a long life, know and understand a lot. For such a child, privacy is very important, where he can contemplate or come up with his own fantastic ideas. Very great ability for medicine and healing. Such children usually keep away from other children. They communicate little, do not take part in the life of the class or other community.

Therefore, if you have such a child, then explain to him that he is special and that it is good for him. You, as parents, need to find time to communicate with him, since this Code is associated with suicidal tendencies and mental disorders, in extreme cases. Such children, especially in adolescence, cannot be left alone with their problems. And they are such that they can not share their experiences, they can digest everything in themselves.

Very often (but I will not say 100%, since, according to my research, there is a 65% coincidence), children-Angels, there may still be Indigo children of a new generation. Very creative people. In the future, they can be good diplomats, businessmen with huge capital (millionaires). They bring harmony to everything.

Read also: The teacher told us what we need to protect our children from and to what age total control is effective

Compulsory connection with art (actors, musicians, poets, writers, artists). But there are also talents for medicine and psychology.

They have a slogan for life: “Self-knowledge is the first step to attaining wisdom!”… Children with a very rich imagination and inner world. The main thing for parents is to recognize them and correctly direct them. However, it must be remembered that such children have a very restless nervous system and therefore creativity will only be for their good. Very often left-handed people are born.

Recommendation: do not retrain them to write with the other hand. Thus, you disrupt the psyche of the child.

But there are children who go beyond all possibilities and impossibilities. They are not at all interested in the standard school curriculum, because they are several levels higher than educated adults.

They are united by the same specials. The codes that I wrote about earlier.

Birth Code of this amazing boy 1 “Magician” – these are the most intelligent, unique people for whom nothing is impossible. They are great scientists with tremendous talents and capabilities. After all, the motto of the Magician is “I embody my thoughts and plans in reality.”

Now he is working on drugs for cancer. In addition to Code 1 “Magician”, he has a whole arsenal of special signs:

However, the most unique incident happened to him in 2002, when he performed an operation on his neighbor. The girl could not move her hand after a very severe burn. Akrit returned mobility to his hand.

So, his luck led to worldwide fame. And the same Code of the channel of Gifts with Code 6 “Lovers” is responsible for his fame. As you know – Code 6 is responsible for selection. The child was not afraid, made the right choice and saved the neighbor’s girl from disability by performing an operation on her.

Code 6 “Lovers” is also included in the “Fame and Career” Channel.

The second Code of “Fame and Career” – 10 “Fortune” helped him to get the right education and confidently manage his destiny. He managed to catch the tail of his luck in time. These are big awards that he has yet to receive.

At 4 months, Michael Kearney uttered his first words, at 10 months he learned to read. At 6, the boy graduated from high school, at 8 – college, and at 10 – university. Michael has entered the Guinness Book of Records as the youngest graduate with a bachelor’s degree in the world. At the age of 14, Kearney became a master of science, and at 17 he was already teaching at the university.

These are the children of the prodigies. I did not want to write about tragic destinies, but many talented children, unfortunately, passed away very early in life.

But there was a very bad Code – karmic 16 “Tower” (stroke), which played a tragic role in her life.

A gifted poetess who, at the age of 10, received the main prize of the “Golden Lion” at the International Festival “Poets and the Earth” (this is her Birth Code 17 “Star”). She really took off to the sky of Palmyra like a star. Code 6 “Lovers” gave her a unique reading of her poems with a very mature and deep meaning. She was patronized by Yevtushenko himself.

Most of all, Code 1 “Magician”, which brought the girl glory, for which her child’s soul was not yet ready, was lost in the negative direction. In such cases, people get a crown on their heads, which interferes with thinking and acting correctly. There were repeated nervous breakdowns, which led to her death at the age of 27.

She lived a short life (11 years), but left behind a great creative legacy: more than 2 thousand works – 46 albums with drawings. In addition, her embroideries, plasticine figurines, bead products, paintings burned on wood, an icon and even technical drawings, which, as the child hoped, will help people get to the moon and make asphalt roads without cracks, have been preserved.

Sasha had such a stunning take-off, which is indicated by her Codes 7 “Chariot” and Code 10 “Fortune”. And the talent for drawing gave her Code 18 “Moon”. “Killed” by her main Karmic Code 12 “The Hanged Man”, which is responsible for oncology, from which she died (leucorrhoea).

There are many more tragic destinies to be enumerated. How much more good they could do in their life … May the bright memory of them remain in our hearts, and their legacy reminds us of them for a very long time.

Maybe not all of our children will become famous child prodigies. Let them at least become real people with their inherent talents who will help you live a successful, dignified and whole life! And this will be your merit.

Joy to you! May we want to be children more often!

Take care of your kids! They are all wonderful here. You just need to notice their talents and capabilities in time.

Are you wondering what talents your child came with? Then I invite you for a consultation.

P.S. Modern children of a completely different formation, thinking. They will not be like us ever. They have their own tasks and the path given by Destiny. Let them enjoy their childhood and summer days now. Who knows what else this year 2021 will bring us (2020 has already shown what it is capable of). 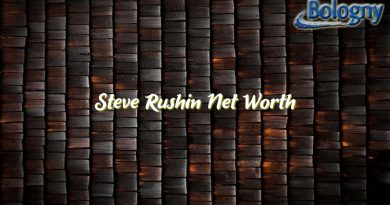 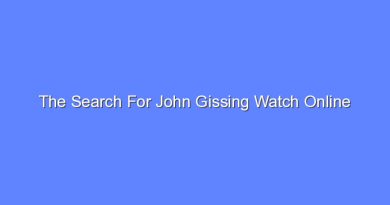